I purchaced a horse from a friend. He had just bought the horse 2 days prior at an auction in Ok City for $30.00 The horse was a confiscation. This horse has the most beautiful personality out of any horse I have ever been around, and I have been raised with them. This horse is 16 1/2 hands tall, and should weigh 1400-1500lbs. He'd normally be a huge horse. He weighs around 850lbs. It's one of the most disgusting cases I have ever seen. I own another horse, and he's a beautiful sorrel gielding. He hasn't really been alone alot, so I got this horse to basically be a pasture pal. I figured I could at the least, give him a better life than he had. He can just enjoy the land and be full and happy.

I did as instructed. He had 24 cc of pinicillan for 4 days. He didn't have and for 2 weeks, then I gave him 12 cc once a week for 3 weeks to present. He's also been foundered. His feet were horrible. His front hooves were spaced around 3 ft. apart, facing outwards and he could hardly move. I mean, he had a falling down stumbling limp.

His front right hoof (on top of the founder) had a abcess in it. It was so bad that the bottom of his hoof looked like one solid piece. You couldn't see his frog at all. If you scraped the bottom, it just had that white residue, like it would if you scraped the side of a hoof. The abcess was popped and soaked in epsom salt and water solution. The area where hair met hoof was cracked almost all the way around 1/2 inch to 1 inch wide all the way across. Peroxide was poured into that. It foamed forever, then vaseline was appled to keep grass out. The next time peroxide was poured on, it didn't foam. Since then the cracks have almost completely healed. I've been keeping the hooves cleaned . The front right swelling is almost completely gone from the hoof, and has begun receeding back down where it should be. You can see the frog well now, and I have been keeping it cleaned. He is walking really good now. He limps a little bit, but his life seems to have come back into him. He's exploring the pasture and has been comming up to the gate when I come out to feed him. I have been feeding him a low protien sweet feed as told. He also gets as much hay as he wants. I want to make sure he's getting as much as he needs, but I don't want him to founder again. The man at the co-op told me to give him a handfull of calf mineral with each feeding. Will this founder him? What would be good for him as a suppliment for the state he's in? If he gains too much too quickly he'll founder again. What's your advice???

Where are you from? Ar

How did you locate this forum? Search

What an incredible story -- I commend you for your big heart and for all the wonderful care you are giving this poor guy. Thank you.

Here's my take on the situation... Since he has a history of laminitis, I would recommend that you stop feeding the sweet feed. This is generally grain-based and could trigger another attack. I also do not suggest feeding a supplement designed for bovines. Horses are not at all like cows and should not be fed any supplements designed for them.

If he were my horse, I would give him Accel Lifetime. This is not only a very high quality vitamin/mineral supplement, but it all contains essential amino acids, live microbials, and will boost his immune system through its Glutasyn content.

I would also recommend Ration Plus to help him benefit from the hay he is eating. This will boost the health of the bacterial flora so he is better able to get energy from his feed and hence, gain weight.

So, instead of the sweet feed, you can do several options -- you can get a low starch feed such as Nutrena Safe Choice, or instead (and this is my preference), you can offer him a diet that you mix yourself of beet pulp, stabilized rice bran, and flaxseed meal, along with the Accel Lifetime and Ration Plus.

Keep me posted on how he is doing. If you need to get into specific amounts of how much to feed, it would be better to visit with you in person (on the phone) since I will have more questions.

Thank you again for being such a great horse mom!

hello and thanks for the information about using:

for the Hoof problems; excellent information; thanks!

How did you locate this forum? w 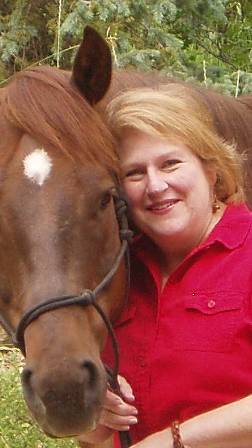 I'm not sure of the context in which you refer to the use of vaseline and peroxide. I know that I mention epson salts as a commonly used magnesium source, but also mention that I don't recommend it.

Anne
hello and thanks for the information about using:

for the Hoof problems; excellent information; thanks!